Congratulations to our friend, Mr. Bracy Lewis, who is featured in Crain’s Cleveland Business Eight Over 80 for his philanthropic efforts focused on the well-being of others- including the seniors at Eliza Bryant Village! We are thankful for Mr. Lewis and all of our friends who continue to support our mission “to provide quality services, outreach programs and a dignified, compassionate and secure living environment for seniors.” Click here or see the full article below to learn more about the impact Mr. Lewis continues to make at Eliza Bryant Village and in the Greater Cleveland community. 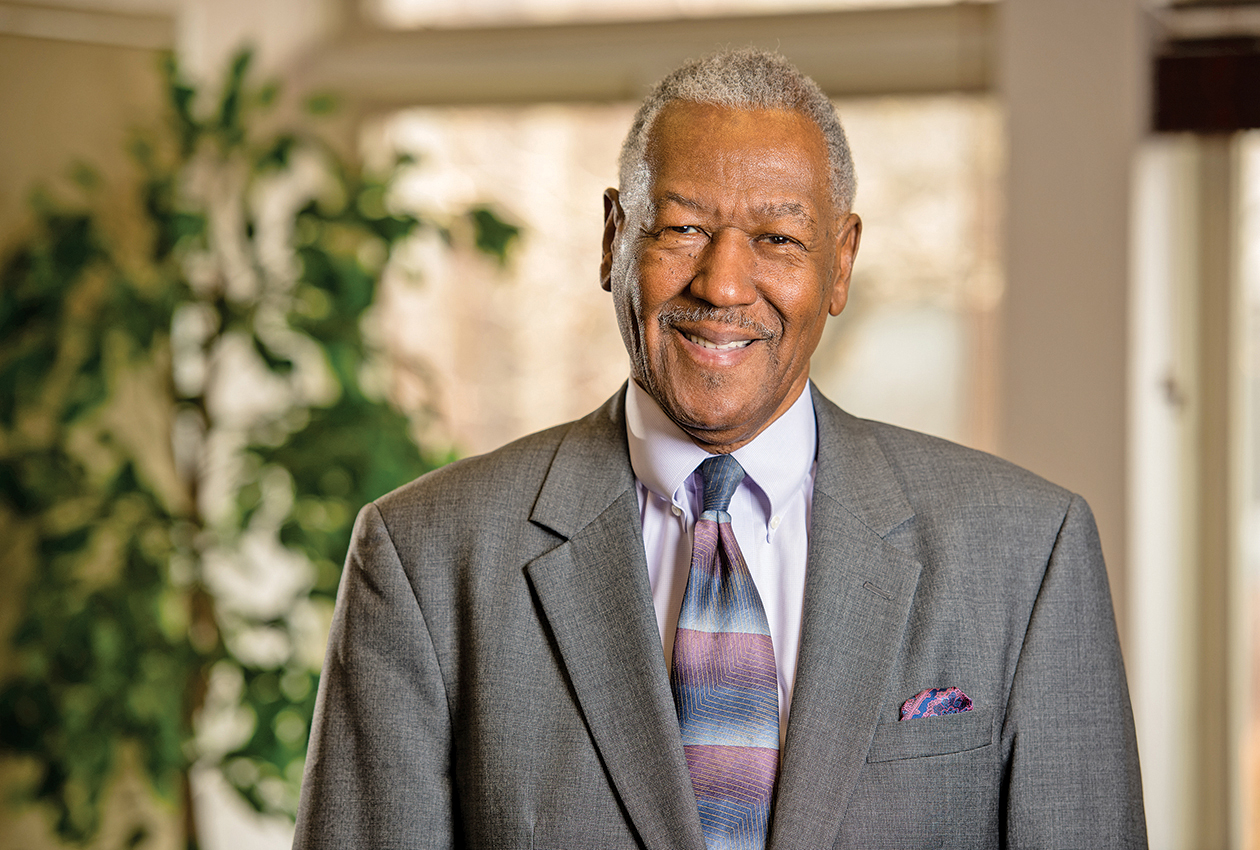 Bracy Lewis, 80   —-   A stalwart in local finance circles, Lewis now centers his philanthropic efforts on the well-being of others

Bracy Lewis is a long-time advocate for seniors and African-Americans, dedicating his professional career as well as his retirement to caring for populations often marginalized by wider society.

A former banking industry stalwart — and one of the first African-Americans locally to hold numerous C-suite positions in finance — Lewis now spends his time and resources at Eliza Bryant Village, a senior care community in Cleveland’s Hough neighborhood.

On the contributions side, Lewis purchased benches and tables for an outdoor courtyard at Eliza Bryant where residents relax and socialize. The East Cleveland resident can often be found sitting on one of the benches he bought, chatting with his fellow seniors about current events, books, movies or other topics.

“I want to get to know people, not just write a check,” Lewis said. “These people get lonely and may not have someone to relate to them. That’s really important. I hope I have someone to have conversations with as I get older.”

Lewis’ relationship with Eliza Bryant began more than 20 years ago, when he spearheaded the former Bank One’s community improvement efforts as a senior vice president. Upon tabbing funding for the organization, he got to enjoy the company of the people living there, too.

“One thing we need to have is a living history (of people),” Lewis said. “There are lots of people who will go to their graves without us knowing all they’ve accomplished.”

Centering his work around the well-being of others was a primary motivator of Lewis’s working life. Hired by Quincy Savings & Loan in 1963 after graduating from Finn College (now Cleveland State University), he gave home loans to African-Americans refused by the banks.

“People paid us back even if they could only give $100 a month,” he said. “They had to pay back their loans, because they saw it as a reflection of themselves in the community.”

Lewis’ 13 years with the company taught him about human nature, first and foremost the importance of treating all people with dignity. These lessons helped Lewis as he rose within the industry, where he served on multiple nonprofit boards and committees — often as the only African-American — while leading collaborative efforts in lending and equity financing for historic rehabilitation, community and economic development.

No matter what board he devoted himself to — be it Huron Hospital, the Greater Cleveland Growth Association’s Government Affairs Committee, or The Music School Settlement — Lewis promoted diversity as a means of strengthening the organization. Nor did he need to push the issue.

“It’s a matter of personality,” Lewis said. “I learned from my parents and grandparents that everyone’s the same, that your britches aren’t bigger than anyone else. I know what I can say and how much I can say it.”

Lewis’ civic leadership earned him many accolades, among them a state humanitarian award from former Ohio Governor George Voinovich and a key to the city of Cleveland from then-Mayor Michael White. Though Lewis is reluctant to trumpet his accomplishments, Eliza Bryant president and CEO Danny Williams is not so shy.

Williams points to Lewis’ humility and emotional intelligence as rare qualities that have endeared him to colleagues and friends alike.

“Bracy doesn’t need to be the loudest voice in the room,” Williams said. “He’s able to blend into so many different environments, often when he was only one of the very few like him in that environment.”

As a pioneer in the banking industry, Lewis spread wealth to underserved areas of Cleveland, and brought stable housing to underrepresented people.

“The legacy he’ll leave is one of dignified, dedicated service,” Williams said. “At 80, Bracy is still focused on communities that don’t have the level of champion they deserve.”

Lewis continues to try and live unselfishly, a way of being that has served him well thus far.

“If I’d been selfish, I don’t know if I would have received the blessings I have in life,” he said.

Give Now
Get Our Newsletter

Welcome to Eliza Bryant Village, a community of care for older adults in Cleveland, Ohio.

Sign up to receive your e-mail updates from the Village!