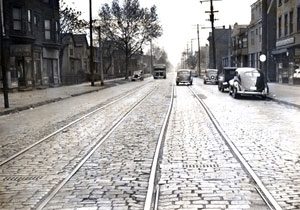 50 years ago, the Hough Riots took place as a direct result of racial tension and segregation that spread throughout Cleveland and the rest of the United States. 4 African Americans lost their lives during the 6-day riot while more than 50 people were injured.

Although in the center of the Hough community, Eliza Bryant Village remained viable during this time, continuing to provide care to seniors, many from the community.

“The village was the first elder care facility created for blacks in Cleveland, in 1897, and has since grown to a 17-acre campus, serving more than 1,200 senior annually. It is also the largest employer in Hough, with 290 workers.”

Read the full article on the 50th Anniversary of the Hough Riots, featuring many of Eliza Bryant’s own – Donald Williams, Kevin D. Skinner, LeBertha Johnson, Sarah Gilliam, and Deborah Enty.